Architecture and Design from France

Jean Prouvé was a French architect and designer and one of the most influential designers in Europe. Here you will find designs from him that are still produced at Vitra. 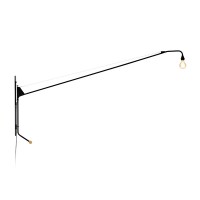 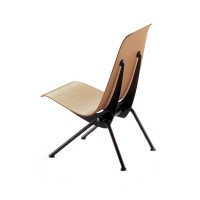 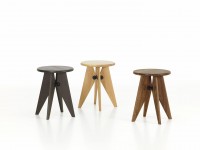 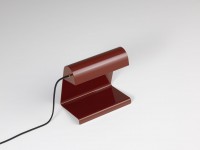 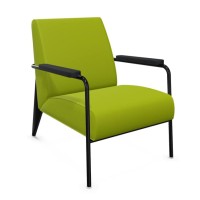 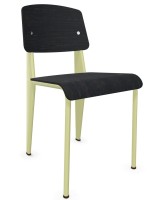 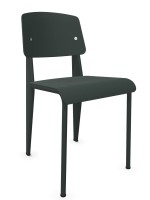 Jean Prouvé (1901-1984) was a French constructor and designer of European importance. Some of his designs are still produced by Vitra today. Prouvé was the son of the painter Victor Prouvé and the pianist Marie Duhamel. After his apprenticeship as an art blacksmith with Émile Robert and Adalbert Szabo in Paris, Prouvé opened his own workshop in Nancy in 1924. In 1927, Prouvé met Pierre Chareau, Charles-Édouard Jeanneret-Gris (Le Corbusier) and Robert Mallet-Stevens, from whom he received his first commission, the design of the entrance gate to Robert Mallet-Stevens' Villa Reifenberg. In 1929 Jean Prouvé received his first patent for doors made of sheet steel. In 1930, together with other designers, he founded the U.A.M artists' association, the Union des Artistes Moderne. In 1931 his successful company became a joint stock company (Les Ateliers Jean Prouvé S.A.).

From 1940 to 1944, Prouvé sided with the Resistance in occupied France. After World War II, in 1947, he moved his company to Maxéville, where he employed about 200 people. There, Aluminium Française took a stake in the company two years later, and in 1950 Jean Prouvé became a Knight of the Legion of Honor. Numerous prizes followed until his death in 1984, such as the Erasmus Prize of the Netherlands in 1981 and the Grand Architecture Prize of the City of Paris in 1982.

As a designer, Jean Prouvé was concerned with optimizing production processes. His works were designed for mass production and were inexpensive, durable, and moveable. Metal was his preferred material, but through clever connections he also achieved perfect combinations with another classic material, wood. Prouvé preferred visible connections. The close link between design and manufacture became the basis of his success. Jean Prouvé's furniture is functional and aesthetically pleasing, and other designers were inspired by him, including Renzo Piano, Jean Nouvel and Norman Foster.

Prouvé worked as a layman in teams with trained architects or acted as a consultant. His buildings and façades were often given the condition of "temporary use", so many designs but few buildings have survived to the present day. Jean Prouvé has a place in architectural history as an autodidact.