From simple to spectacular

French designer Philippe Starck was born in Paris in 1949 and is arguably one of the best known exponents of "New Design". He works in the field of architecture and product design and is famous for spectacular interior design as well as simple furniture. He focuses on organic shapes and streamline shapes and loves to combine unusual materials. In this way, plush and chrome can be found together in one work. Furthermore, he follows a principle of reduction e.g. that unnecessary decor is avoided and items can convince by their simplicity. Especially the 1980s were Starck's years, in which he became a celebrated star designer and trendsetter and received worldwide attention. Especially in the USA and in Japan, people were enthusiastic about his art. One of his most important achievements in these years was in 1982: Philippe Starck was commissioned to design the private rooms of François Mitterrand, then President, in the Élysée Palace.

The rise to the world celebrated star designer
Philippe Starck studied in Paris at the École Camondo and won a short time later the furniture competition "La Vilette" (1965). Already in 1968 he founded a company that was involved in the development and production of inflatable objects. In 1980, Starck founded his own company called "Starck Products". The promising 80s could begin.

After his rise to star designer in this decade he did not let up. Again and again, world-known objects such as the Juicy Salif (1990), a rocket-shaped juicer made of aluminum or the motorcycle Motó 6.5. In addition, he also received orders for spectacular buildings. Even the ship for the late Apple CEO Steve Jobs was designed by Starck. Philippe Starck is known for constantly setting new trends with his special design and extraordinary architecture, and it is expected that there will be a few more novelties on his part.

Here in the shop you will find a selection of chairs designed by him. Simple and simple designs that nevertheless impress and convince with their star (c) ke appearance. 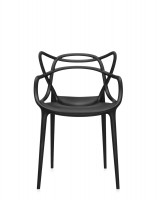 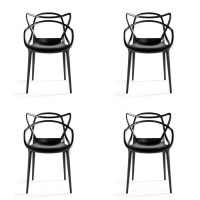 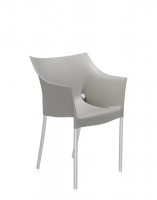 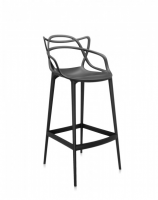 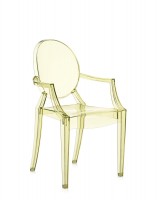 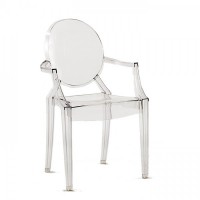 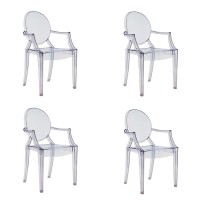 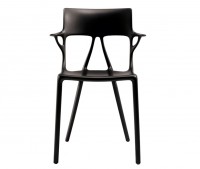