THONET chairs are design classics! The beginning of the furniture lies in the town of Boppard on the Rhine. In 1830 Michael Thonet already experimented with designs made of bent plywood. From there he was called by Prince Metternich to Vienna, where he designed the perhaps most famous chair in the world, the chair No. 14, which became famous as a Viennese coffeehouse-chair.
Filter
Close filters
1 From 3
No results were found for the filter!
15% Rabatt 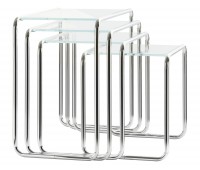 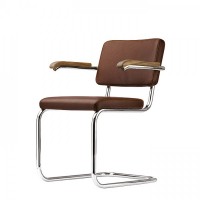 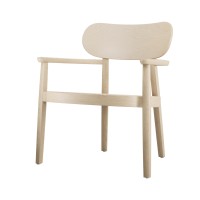 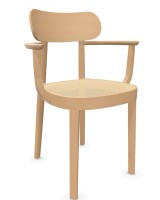 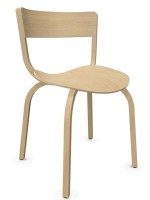 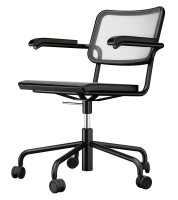 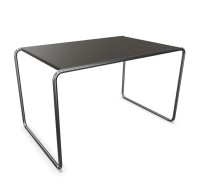 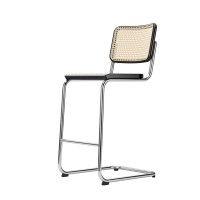 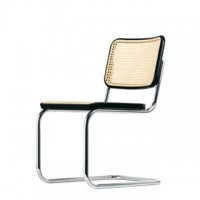 Today the steel tube furniture of the 1920s and 1930s, according to the designs by Marcel Breuer, Mart Stam and Mies van der Rohe, has become the classic among Thonet products.

The best-known pieces of furniture include the S32 chair and the S64 chair but also various tables, desks, the S411 lounge chair and other steel tube furniture.

Design chairs and classics by Thonet

Here in the furniture shop you will find the well-known classics as well as new models, which in recent years have been brought up to the original style. If you are looking for something special that is not listed here, please contact us!

An almost 200-year history links the company to the production of high-quality designer furniture. However, the founder Michael Thonet was far away from this success when he opened his small furniture workshop in Vienna in 1819.

High-quality furniture, especially design chairs, to produce in the masses, was rather unusual in the time, but the founder faced up to this challenge with his company. The chairs, which later came to be known as design classics, were initially designed to enable the production of very practical chairs. Thus he began to develop a process in which beech wood was bent and shaped by water vapor. The famous chair no. 14, a sales thruster, came out of this process. Even today this Viennese coffeehouse-chair, as soon as it was baptized, meets the traveler in numerous Viennese establishments in timeless elegance. For the company the furniture from steam-bent wood developed into a hallmark. The became design classics in the following years. At the beginning of their history the chairs were also and above all practical. The chair could be disassembled into its individual parts  for transport .

However, steamed wood was soon complemented by the unmistakable Bauhaus style. In a second factory in Frankenberg in Hesse, the company developed design furniture from bent steel pipes and created classics of the industrial design.

Among others, Mies van der Rohe and Mart Stam gave the furniture its characteristic design and created classics which can still be found in the Thonet range. Today, tradition meets modernity. Timeless classics can also be found in the range as well as modern interpretations of the furniture culture. At the same time, the company's expectations of its own products and design grew in its early years. When it was time to produce furniture in the mass, Thonet is now using exclusive furniture, manufactured at the highest level of craftsmanship.

Thonet furniture has its very own charm and conveys a touch of history, coupled with this elegance, which reveals that it is a very special piece of furniture. If one observes carefully films, magazines, photographs of the last decades, one finds again and again also furniture of Thonet. Whether it be the chair that served as a seat for a researcher in the dead chamber of an Egyptian pyramid, or the chair that accompanied Charlie Chaplin in his films.

It is astonishing that these furniture with more than 150 years of tradition have a modern chic, which makes them appear timelessly elegant.

It is not only the old designs made of wood and steel pipes, but also modern and innovative ideas with which the company Thonet still enriches the market of design furniture.