Alexander Girard was born in New York in 1907 and his designs shaped American design in the post-war period. His predilection for geometric and abstract forms was evident in his versatile work. As a trained architect, Girard also worked as a furniture designer, graphic designer, as well as interior and exhibition designer during his career. To this day, the designs have lost none of their topicality. 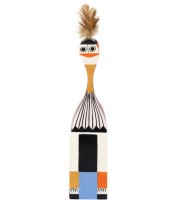 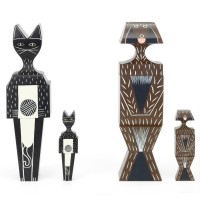 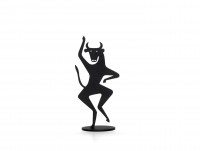 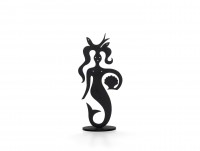 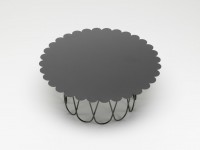 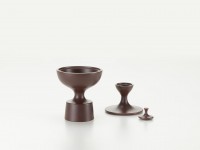 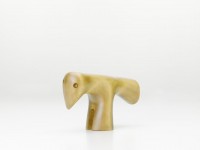 Alexander Girard is one of the most important representatives of the Mid-Century Modern, the design era that prevailed in the USA from the mid-1930s to the end of the 1950s. Mid-Century Modern refers to classical European modernism with a combination of functionality and design, with a partly organically inspired formal language and the discovery of new materials and manufacturing techniques. Alexander Girard stands for innovations in the fields of colours and textiles. American design was still in its infancy when Alexander Girard took ideas from Europe and transformed the cool glass and steel tube design in a colourful and imaginative way. His great strength lay in the innovative design of entire rooms. Alexander Girard often chose the designer furniture of his friends Charles Eames and Eero Saarinen for his interior design projects and combined them with fabrics from North Africa or cushion covers from South Asia, for example.

His style is characterised by strong colours and patterns; he even combined colours from the red palette, such as orange, pink and purple. From simple geometric shapes, objects from nature, culture or folk art to letters, new patterns were created. He also developed the Pepita pattern, which belongs to the classics of fashion and is still "in". Alexander Girard worked with silhouettes, stamps or collages and collected these designs in his pattern books.

Alexander Girard was born in Florence in 1907. Ten years later he went to the Bedford Modern Boarding School in London, where he studied at the Architectural Association School of Architecture as an adult. From 1932 Alexander Girard lived in New York, where he designed furniture and interiors for private clients, before moving to Detroit with his wife Susan in 1937 to work for a furniture studio. In 1945 Alexander Girard became chief designer at the Detroit radio manufacturer Detrola. During this time, intensive friendships developed with the designers Charles & Ray Eames and Eero Saarinen. In 1951 George Nelson appointed Alexander Girard head of the textile department of the furniture company Herman Miller, for which he created over 300 textile designs. His private preference was collecting folk art. Alexander Girard and his wife Susan collected textiles, cribs and toys from over 100 countries on their numerous travels. In 1978 Alexander Girard donated 100,000 works of art to the state of New Mexico. Collecting was his way of understanding the world itself and the function of objects. Alexander Girard's legacy was transferred to the Vitra Design Museum in 1996.