Inventor of the bookworm
London-based architect and industrial designer Ron Arad was born in 1951 in Tel Aviv, Israel. Above all, the bookworm he designed, a curved bookshelf, has made him known internationally.

Arad grew up as the son of a photographer and a painter. At the age of 20 he went to the Academy of Fine Arts in Jerusalem, which he left two years later in the direction of London. In England he studied at the Architectural Association School of Architecture. After Ron finished his studies in 1979, he worked for a short time in an architectural office. Soon after, however, he dealt intensively with the design and manufacture of furniture with simple means.

For the first time, he caught a glimpse of Paris in 1987: on the occasion of the 10th anniversary of the Center Georges Pompidou, he used a machine called "Sticks and Stones" to make visitors chairs into cubes and built a wall from them. In the same year he was also to be found at Documenta 8 in Kassel. There he presented a chair-like work named "Carpet Chair". Only a year later Ron Arad, in collaboration with C. Norton and S. McAdam, won the international competition for the design of the foyer and the entrance zones of the Opera House in Tel Aviv. This gave him international fame. In 1989, Ron Arad Associates Ltd. In collaboration with the Canadian architect Alison Brooks.

His greatest success, the bookworm shelf, was presented to the public in 1994 for the first time. Even today, the exotic bookcase is one of the modern furniture classics. From 1994 to 1997, Arad worked for the professor for product design in Vienna. There he taught at the University of Applied Arts. He then moved back to London. At the Royal College of Art he gave lessons in furniture design and later in product design.

The Bauhaus Museum in Tel Aviv, which was opened in 2008, was designed by Arad. Also the design museum Holon in Cholon, Israel. The planning was done in collaboration with Bruno Asa.

Today Ron Arad is extremely committed to various companies, including Swatch, Kartell and Adidas. However, he is also working in the field of architecture in collaboration with Alison Brooks.

In our shop you will find miniature versions of the chairs he designed. Take a look. 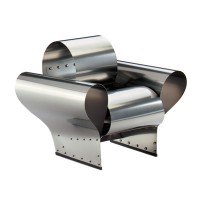 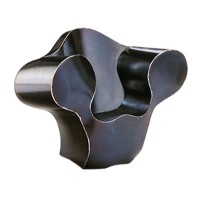