Michele de Lucchi comes from Ferrara, Italy and is a world-famous designer and architect. 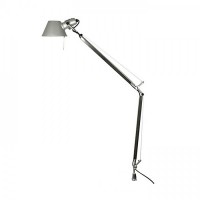 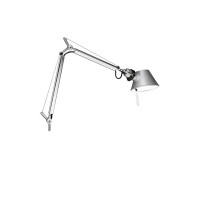 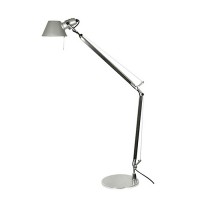 Particularly in his work is his commitment to radical and experimental design, as well as the founding and joining in several groupings who worked for them and opposed the current design company. He participated in many protests and always expressed his opinion loudly. Apart from this, many of his works are characterized by color and playfulness.

Before his career began, de Lucchi studied architecture in Florence and already founded the "Cavart" group, which was committed to radical design. In the 1970s, he taught industrial design at the University of Florence. During this time a close friendship with Ettore Sottsass developed.

In the 1980s Michele designed a series of postmodernis furniture, laminates and accessories for the so-called "Junge Wilden". In 1988, he founded his own studio, and ten years later he founded offices in Milan and Rome under the company "amdl". Since 2001 he has been Professor of Design and Art at the University of Venice. For his constant efforts to improve the quality of life and living, he was honored with the honorary title of Kingston University in 2006, just one of several awards he received. De Lucchis works are represented in many exhibitions around the world.

One of his most famous works is the "Tolomeo luminaire", which convinces with its timeless design and designed for Artemide. In addition, the sofa "Lido" or the lamp "Oceanic" are well-known. Starting in 1988, Michele began to design cartel office utensils. There are also a variety of other products, such as computers, lamps, chairs, vases, doorknobs and office furniture.

In the field of architecture, he can be found in many buildings. He designed houses for Deutsche Bank, Deutsche Bahn and Italian banks. He also often took over the interior furnishings for these premises, but also for apartment buildings in Japan and exhibitions all over the world.